Share Your Info and Ask Questions - Thomas Doran in Texas

Here's another example of how taking a little bit of information you've found and sharing it with others can reap huge rewards in more information.

A couple of years ago, during my last trip to Carthage, Hancock County, Illinois, I had stumbled upon records of service in the Civil War for a Thomas Doran who would have been born in about 1843. He was listed as a musician in the Illinois 16th US Infantry. I knew this couldn't be my great-grandfather as he wasn't born until about 1853. He was also too young to be his father.

In my relatively short time working with Family Tree DNA, the biggest problem I'm running into is when my matches either don't have their ancestor family tree uploaded or it's set to not show all the pertinent information. If we have a match through our "paper" genealogy, I wouldn't know it because I can't see who their ancestors were. Most of my matches don't have a family tree posted whatsoever. For those that do have one posted, here's what I typically see when I view the family tree of one of my matches. Note that I've replaced all names with just the word "Name" so I'm not sharing anything they may not want to share. 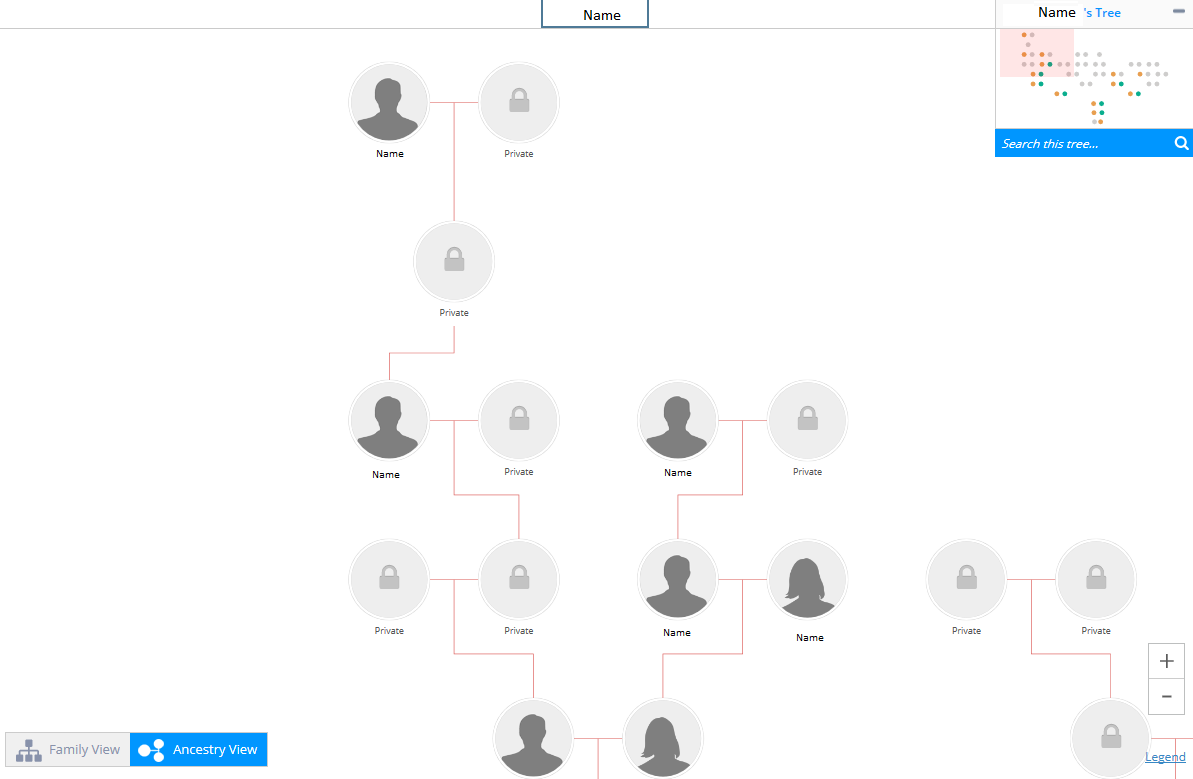 See all of the people showing up as "Private"? This is likely because they didn't have a death date entered and the privacy settings are set to not show matches information regarding living people.

Read more »
Posted by Matthew Miller at 12:55 PM No comments: