I know Ancestry has the "DNA Story", which maps the movement of your DNA through history, but to me it's pretty broad and general. I wanted to get a better visualization of where my ancestors originated, all in one or two images. I started thinking of where each branch of the family was from and I realized there were only two general areas of origin for my ancestors and really only a handful of specific areas. I wondered if a couple of maps could illustrate their origins. This makes a great challenge! Map all of your ancestral branches to the location you have as their origins.


I started doing web searches for basic maps of each area. Finally, I downloaded a basic line map for each of Germany and Ireland, each showing the states and counties for the respective countries and a Wikipedia search for each district I needed in Germany showed a colored area on a basic line map. Combining these, and color-coding for each branch of my family, I was able to come up with two maps, one for Ireland and one for Germany. Together these two maps show the origins of my DNA. I like the concise nature of these maps. They're simple yet very clearly show where my origins are. What do your origins maps look like? 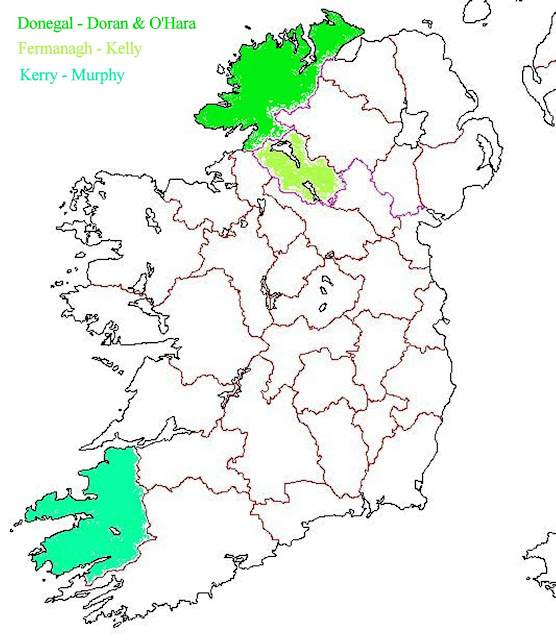 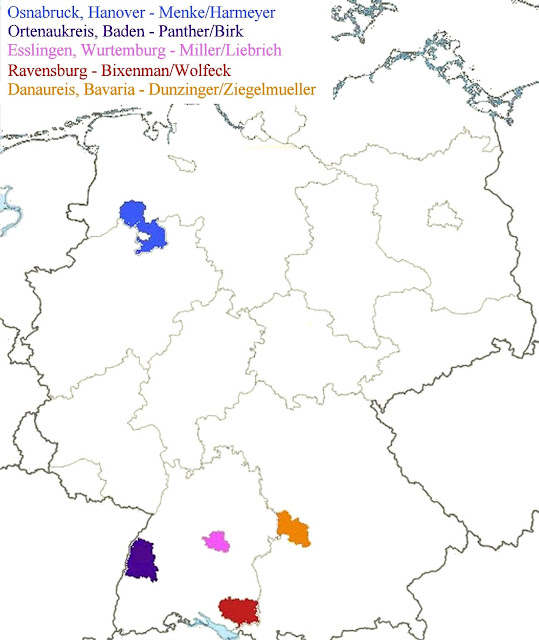 Maybe someday I'll have more information about my Irish ancestors and I'll be able to detail their map down to the townland. For now, counties will have to do.

What about you? Have you mapped your origins? Create maps showing where your most distant ancestors were from. If you only have them tracked to New York City, add that to your map. If, however, a branch lived in New York City but prior to that came from England, don't include NYC, just include where they were from in England. Every branch of my tree led to Iowa and then Nebraska but I didn't include them here because that's not where they originated.

Posted by Matthew Miller at 9:33 AM