He graduated from St. Mary's Grade School in June of 1947. He joined the Navy attending the US Navy Administrative School and served until 1951. He served as Yeoman aboard the USS Skagit during the Korean War. From 1951 to 1953 he worked at the Ordinance Plant in Burlington, IA while living in Fort Madison with his wife, Agnes, where his first son was born. He worked for the Dupont Paint Factory in 1953-4 and the Santa Fe Railroad in 1954 in Fort Madison. From Barber school in Omaha, NE, he received a barber license in 1955.

From 1956-7 he was a barber apprentice in David City, NE where his next two children were born. In 1960, they moved to Columbus NE where their remaining children were born. He worked as a barber in the Downtowner barber shop, later ran his own barber shop, and worked at the Columbus Municipal water plant for 25 years. He enjoyed fishing and betting on the horse races.

Leo went to work on the Santa Fe Railroad when he was a boy of 14 years of age doing the heavy work of unloading train coal cars by hand. Leo worked and studied to become a brakeman, a fireman and a locomotive engineer for the Santa Fe, where he worked for 45 years. Some of these years were spent on the Missouri division taking him from Fort Madison to Marceline, Missouri and back. Some time was spent working on the switch engine in the Fort Madison shops. The last assignment given him before his retirement was to deliver an engine to its base for historic preservation in the Riverview Park area,donated to the city of Fort Madison. As of 2016, this engine can still be seen in the park there. On June17, 1925, at 6:00 a.m. at Sacred Heart Church in Fort Madison, Leo married Julia Cecelia Doran. Their attendants were Leo's sister and brother, Anna Miller and Carl P. Miller. Their daughter Cecelia told this story:

"When asked how they met, they told how Julia would walk to work and often would have to walk past Leo who was always standing in front of a store or on a street corner on his day off from his job. He was not much of a talker, but would always say "Hello". Then one day there was a Telephone Company benefit party coming up and each employee was to sell tickets to the affair. That time when they met and said "Hello", Julia asked if he would be interested in buying a ticket. Leo responded, "I'll buy one if you will go with me." What a sale! That was the beginning of their courtship.

Carl immigrated to America in 1873, settling in New York City for a time. He was naturalized in 1879. He later moved to Linn County, Missouri where he took up farming. He met Philomena Bixenman who had moved Chariton County, Missouri with her family from Lake County, Indiana.
Once settled in America, he started going by the name Charles E. Miller. His brothers and sisters, after coming to New York, continued going by Müller They ran clothes cleaning and dying businesses in New York City. Charles and Philomena lived on Charles' farm for a few years. Although German was their first language, both Charles and Philomena spoke English as well.
Around 1892, Charles and Philomena moved to Fort Madison, Iowa and lived there for the rest of their lives. They belonged to St. Mary's parish. 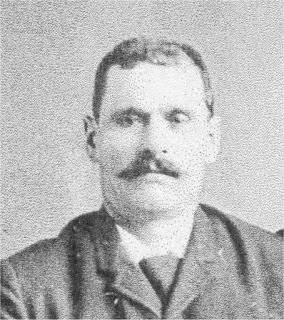 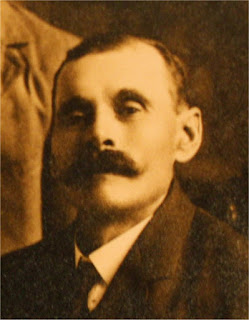 Charles E. Miller, for 33 years a well-known citizen of this city, answered the final summons at his home, 2132 Des Moines Street early this morning. The deceased was in his 71st year, having been born in Germany October 7, 1852.

Thirty-three years ago he came to Ft. Madison and has been a resident of this city ever since. A member of the Sacred Heart Church of this city and of the A.O.M.W., he is known to a large circle of friends who will be grieved to learn of his passing. With his wife the following children survive: Miss Anna Miller of Mazenod, Saskatchewan, Canada, Mrs. William Deverman of Denver, Colorado, Leo H., Carl and Cecelia at home. Funeral Services will be held from the Sacred Heart Church Tuesday morning at 9 o'clock. Reverend Fr. Peter Hoffman will officiate."