Just in time for Veteran's Day, I've found the first information about my grandfather, Leo Henry Miller's military service during World War I. I already had the picture, medal and draft registration card but I've finally found a couple of real bits of detail.

Here is a picture of Leo around the time of his high school graduation, which was just a few years before the start of the war. His Great War Victory Medal was hung on his photo as shown here, in our home while I was growing up. 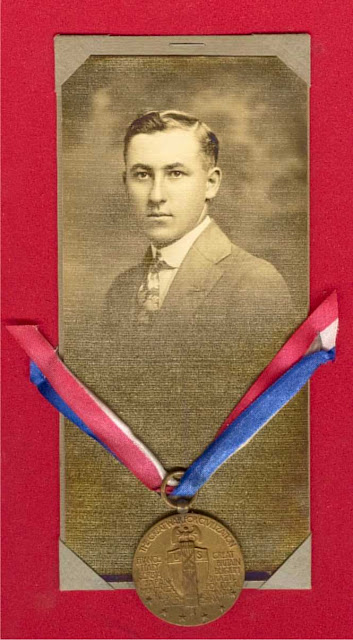 First up is his draft registration card. I've had this for several years but it's a good place to start when discussing his military service. 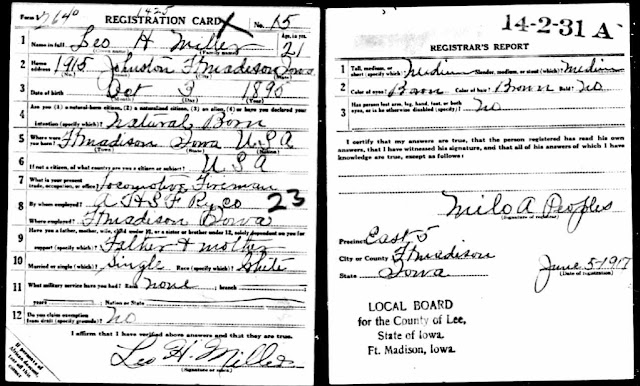 Now for the new information I recently found. First is the passenger list from his port of embarkation of Hoboken, New Jersey when he was shipped overseas in 1918. 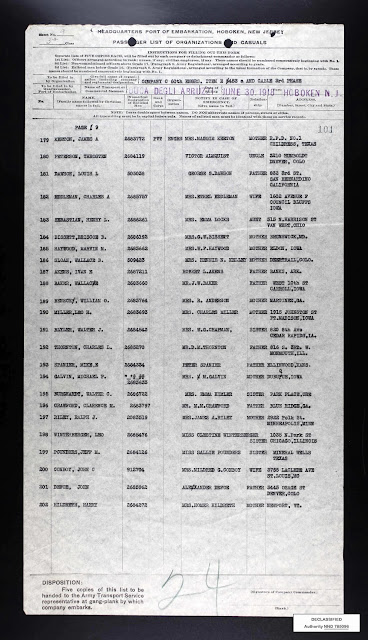 Finally is the passenger list for his voyage back to America from Versailles, France on May 23, 1919 to Camp Mills, New York.

This is not a lot of information but it is more that I've had before on his service record. I hope to find out more in the future.

A big "Thank you!" goes out to all of our veterans this Veteran's Day! I appreciate your service!

Posted by Matthew Miller at 8:54 PM