The Missouri Secretary of State web site has a searchable database of images of death certificates for the state of Missouri from 1910 -1969. It can be found at https://s1.sos.mo.gov/Records/Archives/ArchivesMvc/ . If you have anyone in your family tree that died in the State of Missouri between these years, I encourage you to search the database. Over a period of a few days, I searched my genealogy database for anyone that died in Missouri during these years. I didn't find every one of them but I did find 58, from just about every branch of my family tree. Several of these gave me new information such as parents, spouses and death dates that I didn't have before. Some causes of death I saw were burned due to a child playing with fire, to typhus, to electrocution.

Here are the Missouri death certificates I found during this search that are most closely related to me. Others are more distantly related and in-laws. 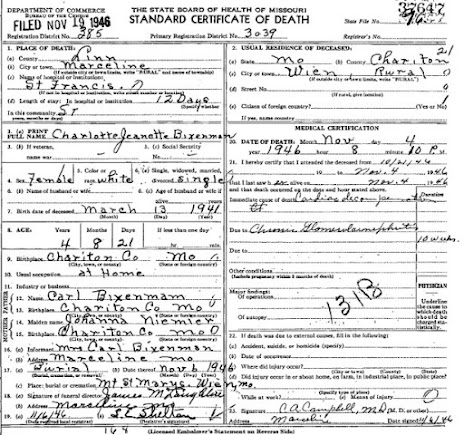 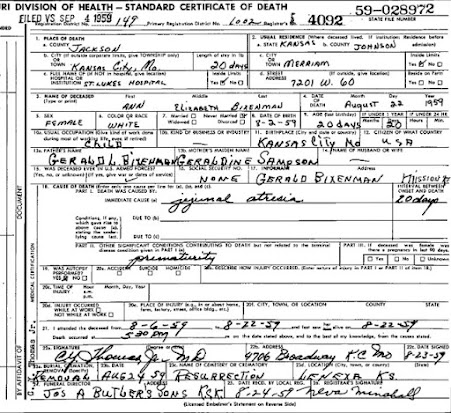 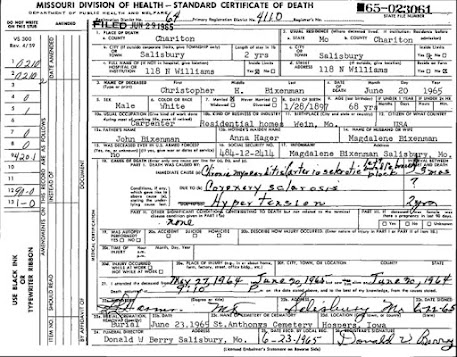 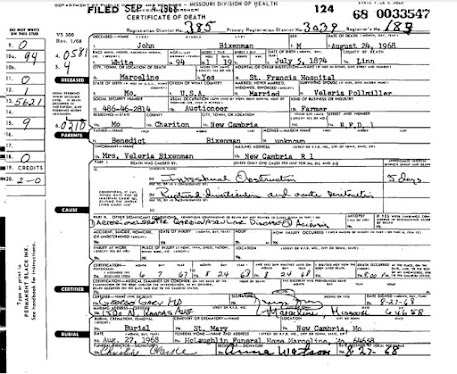 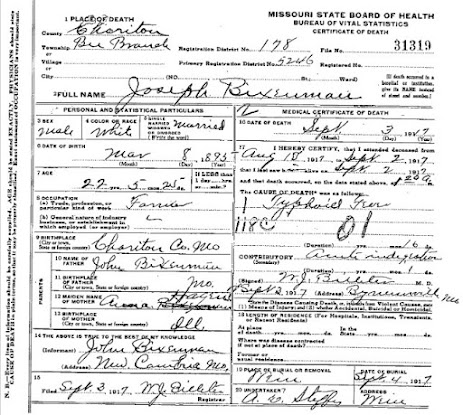 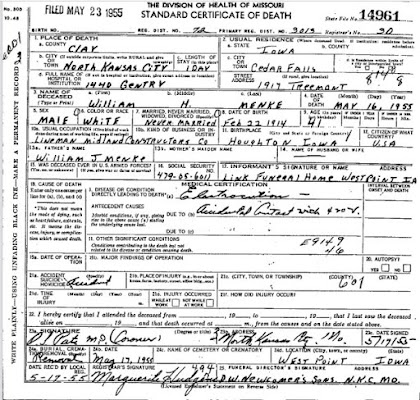 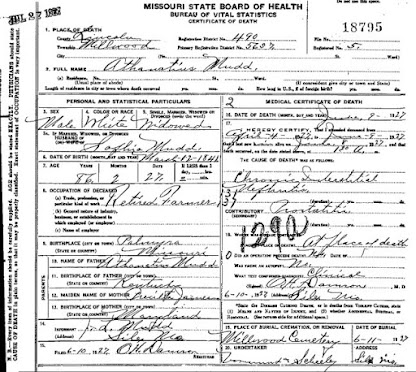 My father's first cousin twice removed, Charles Neason. I just noticed that it lists his birthplace as Carthage, Missouri. He was actually born in Carthage, Illinois. 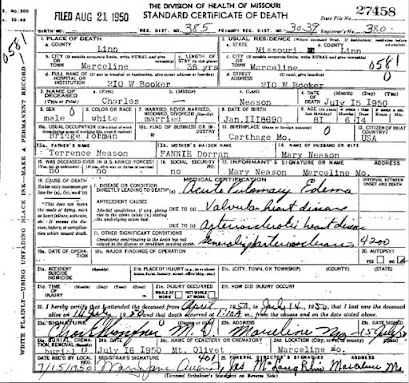 My father's second cousin once removed and son of Charles Neason, Maurice Neason. 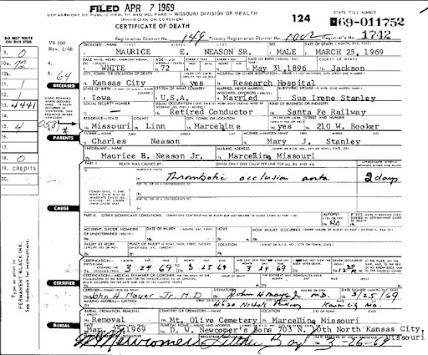 Not all records are found on Ancestry, FamilySearch, MyHeritage and the rest of the big genealogy web sites, but sometimes you can still find them online at the various state and local government web sites, such as the Missouri Secretary of State. Definitely check them out if you have anyone in your family that died in Missouri between 1910 and 1969.
--Matt
Posted by Matthew Miller at 7:26 AM