When was the last time you looked at the records available at Family Search? If it's been a while, I encourage you to go and look at the collections available. To do this, go to Search, Records, then click the link "Browse all published collections". Then, if you haven't visited in a while, click on "Last Updated" to sort them by the last updated date, newest first. When I did this, I saw that they had recently added "Iowa, Death Records, 1921-1940".

I found scans of official death certificates for a large number of people in my genealogy database, including several that I had paid for official copies of previously, such as my great-grandmother, Elizabeth Dunzinger Panther, and great-grandfathers Tom Doran and Charles Miller.


Here are some of those I found:

My great-grandmother, Philomena Bixenman Miller. Previously, believe it or not, I didn't know her death date. I only knew that she died in 1939 from her headstone. 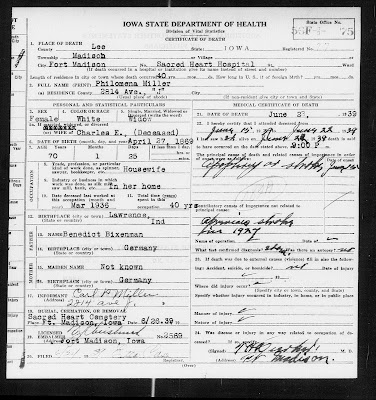 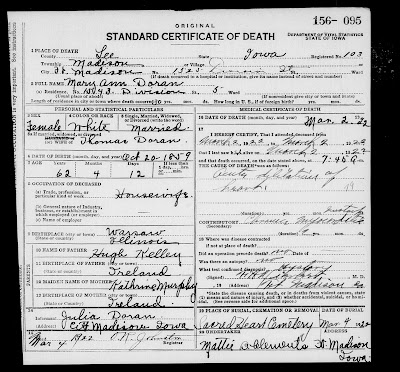 The wife of my great-grandfather's brother, Amelia Traub Panther: 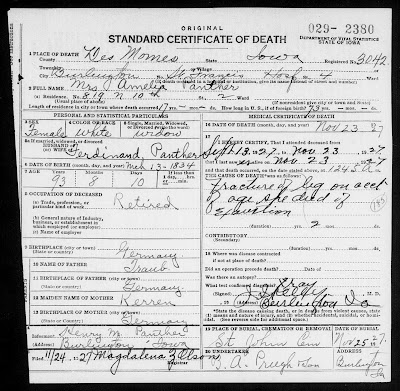 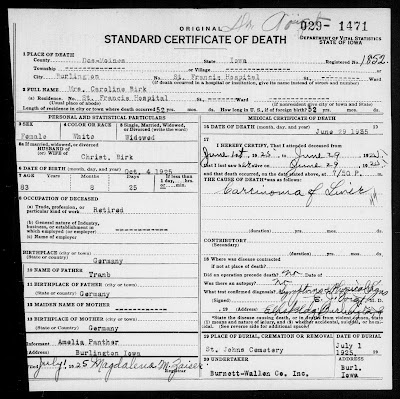 My mother's brother, who died at just a few months of age, Robert Joseph Panther. I didn't know Robert's birth or death date previously, or his cause of death, which was from whooping cough. 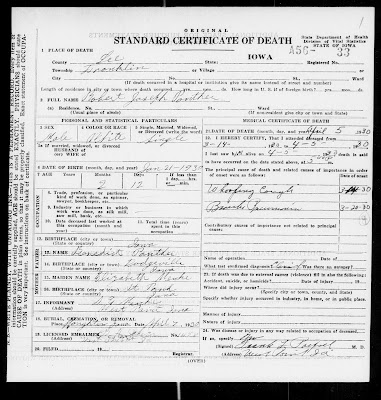 And finally, my father's brother, Thomas Patrick Miller, who I wrote about here. 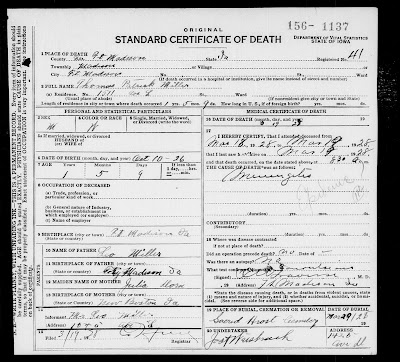