You may remember, in this post, I mentioned that I found the birth certificates for the brothers and sisters of my parents but, for some reason I could not find the birth certificates for my mom and dad. I did a search on Ancestry and saw an entry for my dad, John Anthony Miller in the Iowa Delayed Birth Certificates collection. I took a look and there it was. I find several interesting things on this certificate. You'll note that I blurred out information about a living individual and about the address we lived at at the time. 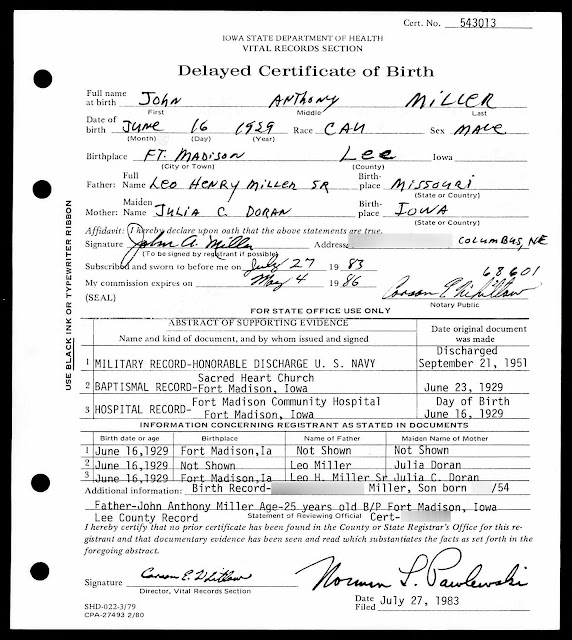 First, note the date it was issued, July 27, 1983. My dad was 54 years old when he had it issued. It is unclear why he would have needed a birth certificate at this late date. Regardless, you can see he had to submit other documentation to prove his date of birth and parents.

Posted by Matthew Miller at 9:10 PM