Family Search updated their collection of Iowa birth certificates for the years 1921-1942. When I saw that, I definitely had to see what I could find. I found a large number of Menke birth certificates but since they are more distantly related to me, I'll skip posting them here, relying only on my closer relations. First up is my father's first cousin, Bernard Hellrung. His mother was my great-grandfather, Thomas Doran's daughter. 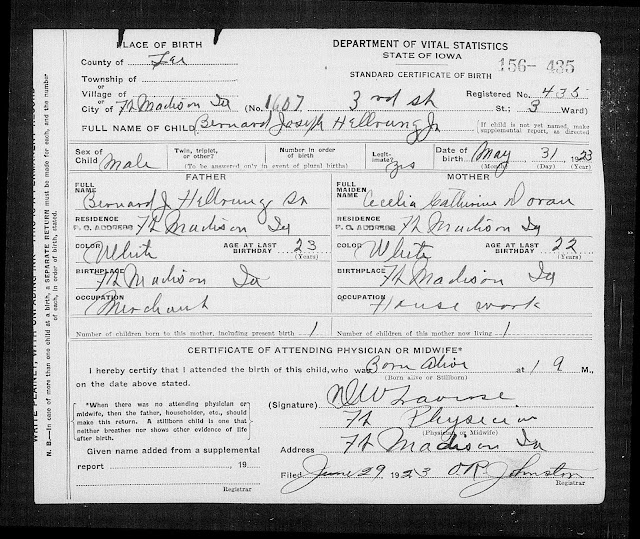 Next is another of my father's first cousins, Ruth Lucille Wagner. Her mother was the daughter of Thomas Doran. 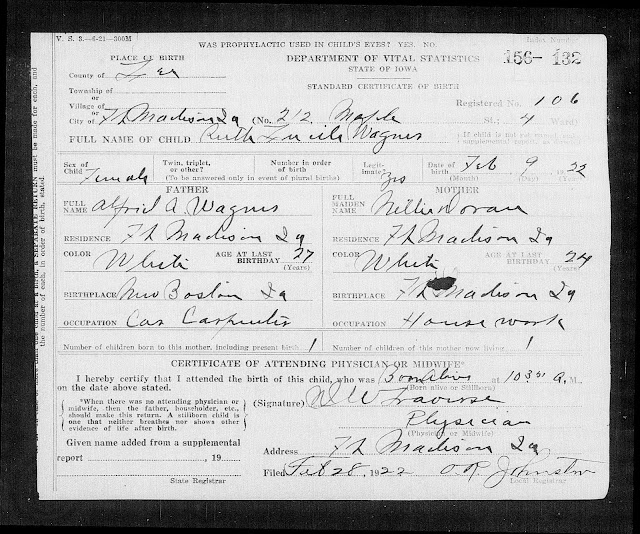 Next is my mother's first cousin, Steven John Vorwerk. I met Steve at the 2016 Panther Family Reunion, just a couple of months before he passed away. 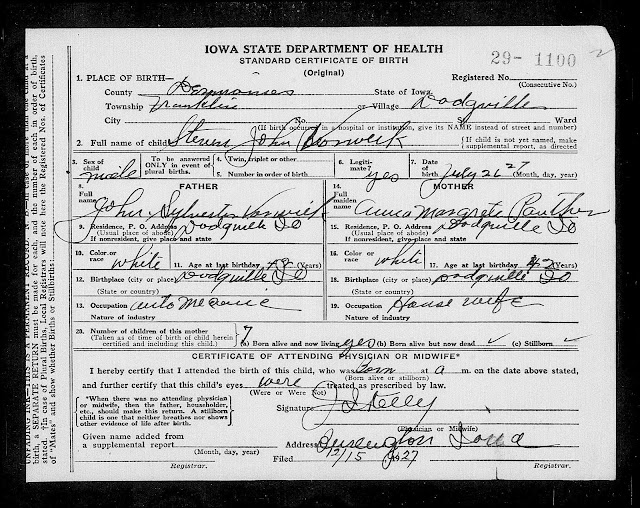 Here is the birth certificate of my mother's sister, Loretta Elizabeth Panther. 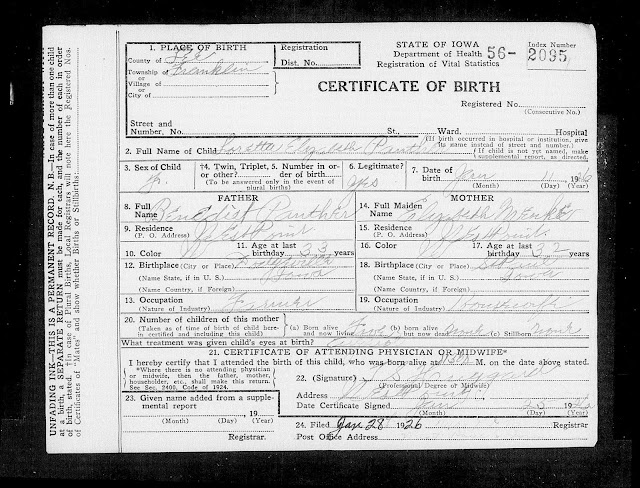 Here is the birth certificate of my mother's brother, Robert Joseph Panther, who died at just a couple of months old, from whooping cough. I find it interesting that his father's name is listed as Bernard Panther. My mother told me that her dad hated it when people got his name wrong, calling him Bernard instead of Benedict. 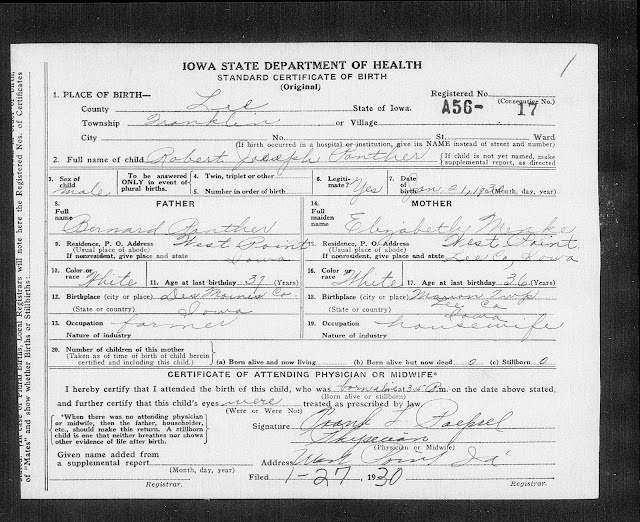 Then we have the brothers and sister of my father. First is Leo Henry Miller Jr. 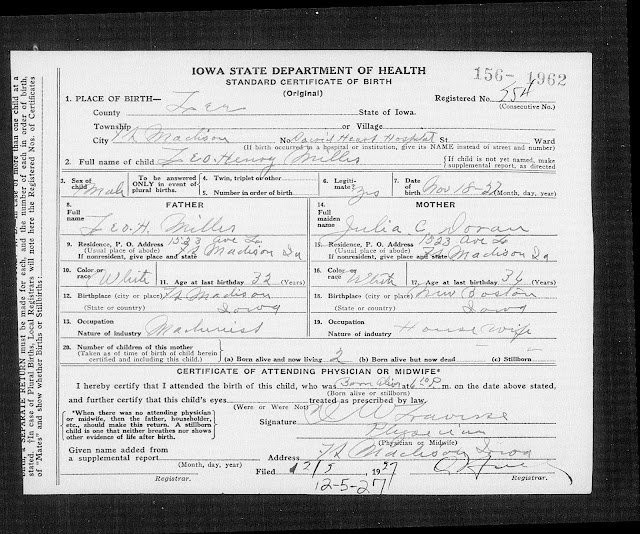 Then we have his sister, Cecelia Mary Miller. 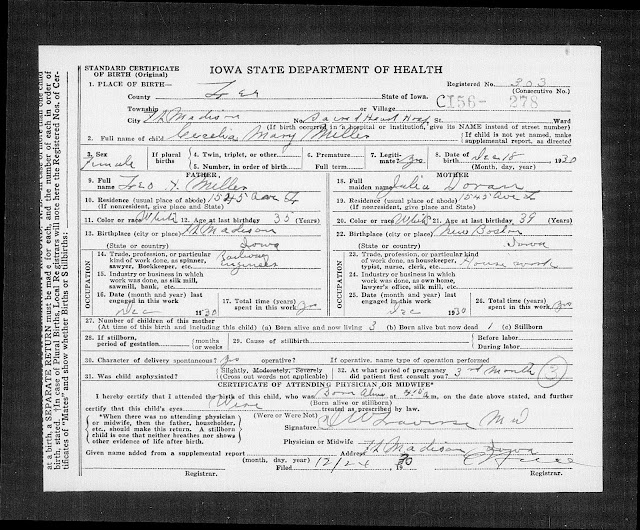 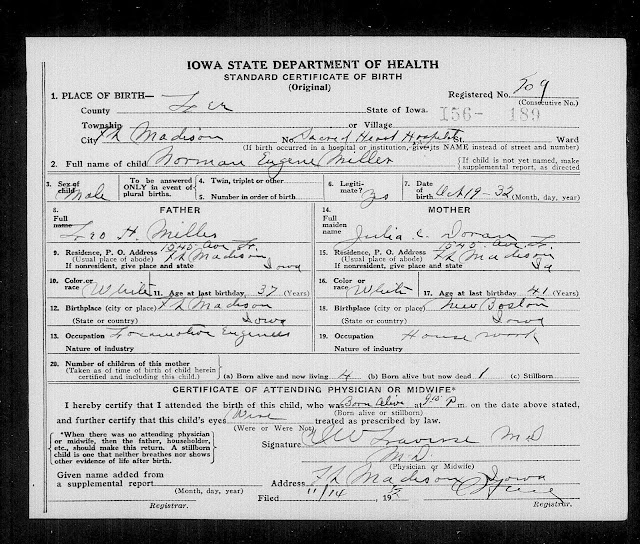 Finally is dad's oldest brother, whose details I didn't have a couple of years ago, Thomas Patrick Miller. 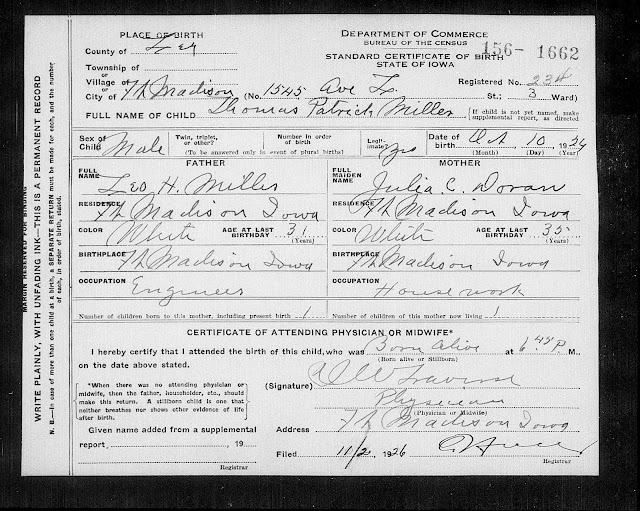 If you have family that was born in Iowa between 1921 and 1942, definitely go check out Family Search's updated collection.