1. I start with the most recent, my mother, Agnes Catherine Panther Miller (1931-2017) in All Saints Cemetery in Columbus, Nebraska. 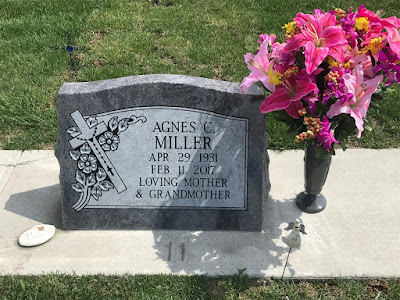 All the rest of the headstones in this line are found in Cavalry Cemetery, West Point, Iowa. 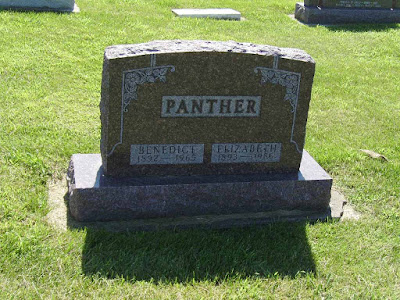 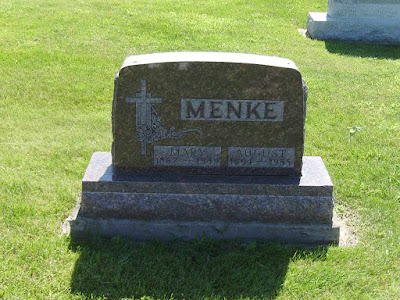 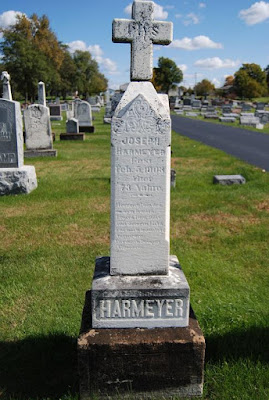 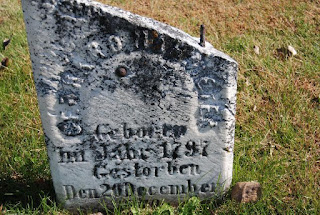 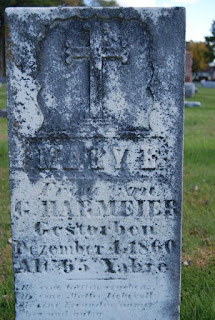 Five is the best unbroken chain of headstones I can do. For most, this is really a question of when did your ancestors immigrate to America. For those whose ancestors came earlier, it's likely they have a much longer chain of headstones since those in Europe either no longer exist or we just don't have a way to get pictures of them.

Posted by Matthew Miller at 7:35 AM