I finally found the marriage record for my great-great-grandparents. FindMyPast has the collection called New York Roman Catholic Parish Marriages and another called New York Roman Catholic Parish Baptisms. I searched for Dunzinger and the very first record that came up was the marriage record for my great-great-grandparents, Andreas and Anna Ziegelmuller Dunzinger in 1847. Previously, the only information we had about Andreas' wife was the 1855 New York State Census, which listed her as Fanny. It also listed a Victoria whose last name was transcribed as Seidlenar. 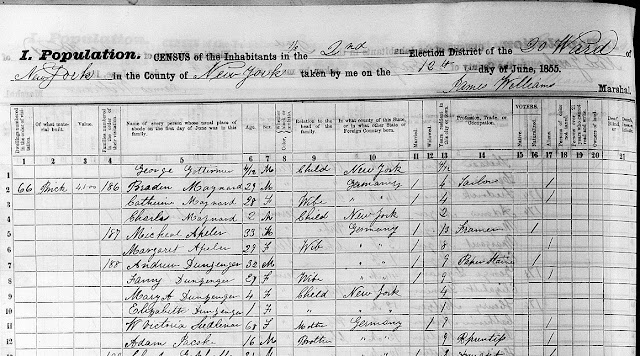 I decided to do another search for the church they likely attended in New York City. St. John the Baptist Roman Catholic Church was just around the corner from where they lived and served the German immigrant community. I looked up the history of this church and discovered that there was a fire in 1847 which burned it to the ground. From 1847 until 1851, the Church of the Nativity served the congregation. I did a search for Church of the Nativity and found that FindMyPast has this church included in their Catholic Church records collection. I signed up for a 14 day free trial and did a search. The very first record that came back was their marriage record in St. Nicholas Parish, New York City.

In this transcription, it lists Fanny as Anna Ziegelmilch and her parents as Dauli Ziegelmilch and Victoria Siefrie. Given the newspaper article found noted that the Ziegelmuller family was a relation to Elizabeth Dunzinger, I'm very confident that should be Ziegelmuller. 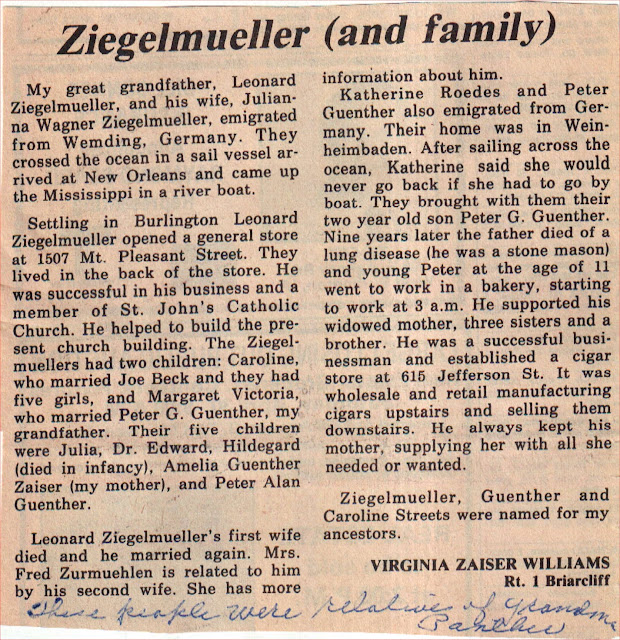 Here is the transcription:

Every once in a while, it pays to do at least a trial run of a different genealogy records site. Time for the genealogy happy dance! It's 11:30pm. I don't think I'll be able to sleep tonight.