It's a Small World

When it comes to genealogy, it really is a small world. I'm well aware of the fact that the further back you research, the more people you're related to. My mother always says, "If you go back far enough, we're all related." These things are true but it's interesting when you actually start seeing connections you wouldn't expect to find. Here are a few things I've found in my years of genealogy research that show just how small a world it is. I found a couple of these just in the past month when I was given the opportunity to read "Groene Family History - Kasper Groene & Adelaide Menke" when at the house of a lifelong friend of my mother's.

1. Professional baseball players on both sides of the family - 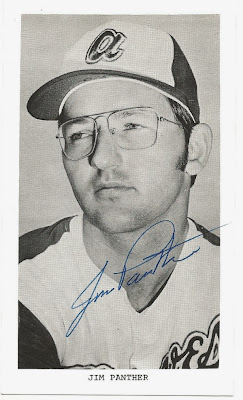 I've known for several years that my third cousin once removed on my mother's side of the family, Jim Panther, was a baseball player. He spent most of his career in the minors but he did play for a short time in the majors. He was on the roster for the 1973 Braves, the 1972 Rangers and the 1971 Oakland A's. 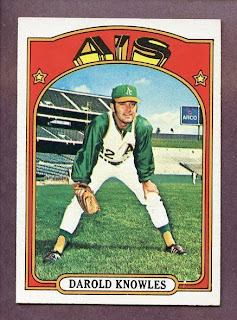 When we walked in to my mother's friend's house last month, she introduced me by saying, "This is my youngest son and the genealogist of the family, Matt." Her friend said, "I was just looking through a genealogy book," and pointed it out to me. It was "Groene Family History - Kasper Groene & Adelaide Menke". I said, "If you're a Groene, you're a Menke and you two are cousins." I thought I understood her to say she was a Groene but digging through the book, it ends up she wasn't born a Groene but she married one. This means that she married my mother's third cousin. It's not that surprising that my mother's childhood friend married my mother's third cousin. In my opinion, it would somewhat surprise me if one of her friends didn't marry a distant relation of hers, given the small towns and close-knit communities of southeast Iowa. Still, it's not a connection you would necessarily expect.

We grew up with family friends with the last name of Bixenman. My brother still works with one of them. Little did we know that our father's grandmother was a Bixenman. Little did we know that these people we knew all along when we were kids were actually our fourth cousins! The big difference is that we were nowhere near where our any of our ancestors were from. We just all happened to end up in the same small town in Nebraska. Their branch of the family ended up in Grand Island, Nebraska but their family moved to Columbus. Our branch of the family had moved to southeast Iowa but our family ended up moving to Columbus.

My wife and I were married on Ambergris Caye, Belize, just south of San Pedro. During our after-wedding dinner at El Divino restaurant, Ramon Nunez, the public face of Ramon's Village Resort in San Pedro came up to our table to congratulate us. Ramon is an outgoing guy and, in my opinion at least, is the man that made Belize tourism what it is today. He is the man that guided Jaques Cousteau on his Belize Blue Hole expedition in the 1970s.

Looking through the Groene Family History book, I found that my fourth cousin once removed got married in San Pedro, Belize. That's not too surprising. She got married there in 1990, which is before it became the vacation hot-spot that it is today. Personally, I wish I knew about it back then, I know I would have loved it! Regardless, this Groene cousin married a man with the last name of Nunez. I emailed a friend in Belize and asked her about it. She forwarded the email to someone who works at the Ambergris Today newspaper and is also a Nunez. Turns out, this Nunez that married my cousin is the nephew of Ramon.