In my St. Patrick's Day 2014 post, I talked about what I believed was a breakthrough discovery regarding my great-great-grandfather, Hugh Kelly. It appeared that he had been born in Clincorick, County Fermanagh, Northern Ireland, to Thomas and Velat (Violet) Kelly and that the family moved to Old Kilpatrick, Dunbartonshire, Scotland and that he left for America from Glasgow shortly after his 20th birthday. Here is the record that led me to believe that, based on the fact that he had left on his voyage to America from Glasgow, Scotland. 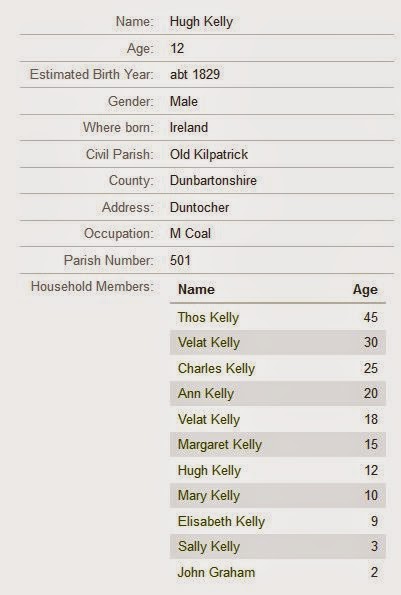 I recently did some more searching and found this same Hugh Kelly, living with this same family in the 1851 Scotland census:

This seems like it's a good thing, that I was able to find the same person in another census. The problem is that, according to my great-great-grandfather's naturalization declaration of intent, he arrived in America in 1847. 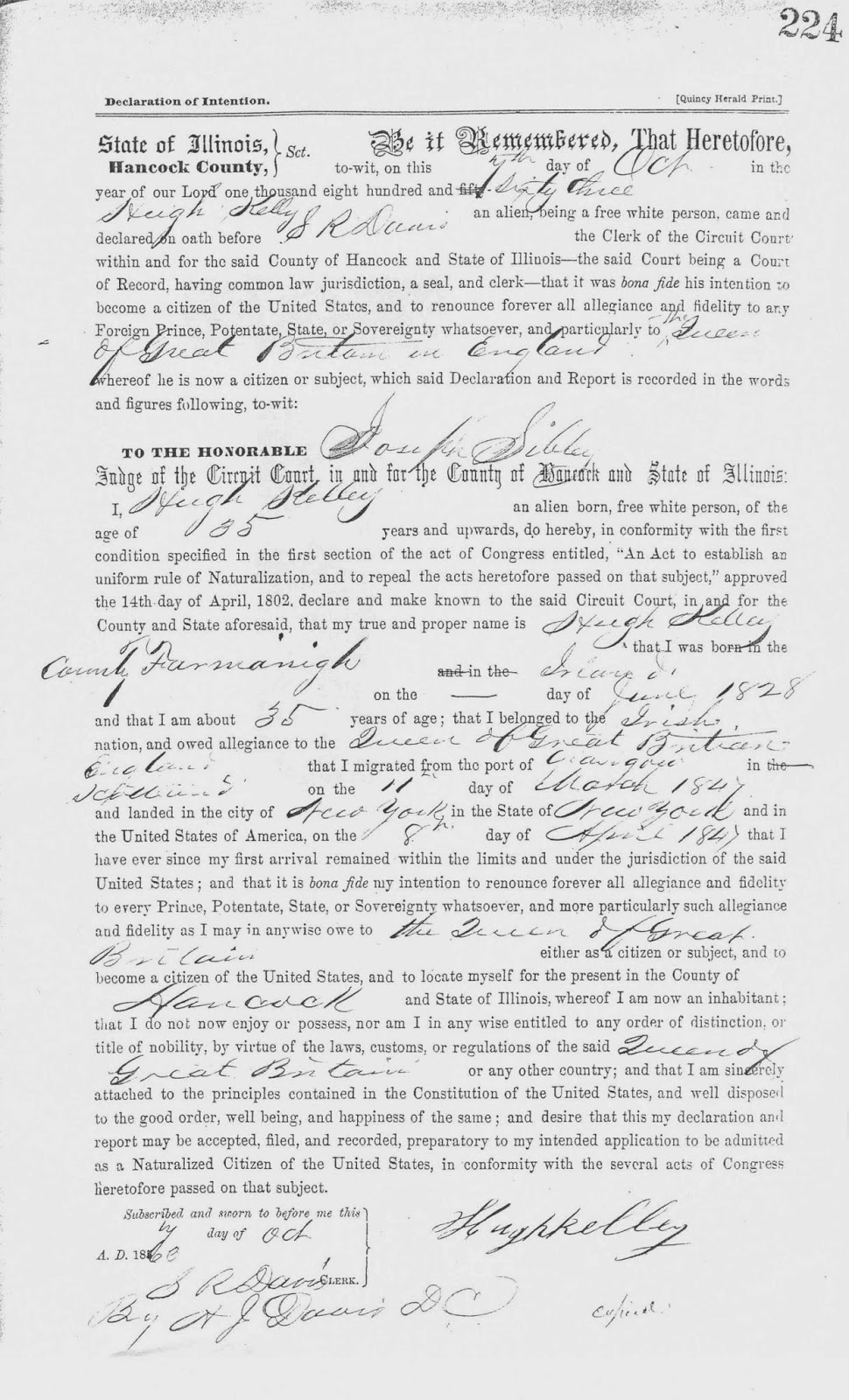 This means that this Hugh Kelly, the son of Thomas and Velat Kelly, from Old Kilpatrick, could not be my great-great-grandfather.

It's sad to have to delete an entire family from my database. Technically, it's like losing a family member, albeit one you've never met. The thing to keep in mind though, is that you should be happy when this happens. While it means I don't have my ancestry back as far on this branch of the tree as I thought I did, it is definitely more accurate than it was before I made this latest discovery.

Don't be afraid to be proven wrong. It just means that now, you're more likely to be correct.