It seemed as if spring would never get here this year. Finally, the weather is warm enough to enjoy some time outside and the trees and grass is starting to sprout new green growth. It's my favorite time of the year. Along with spring comes baseball. I've never been athletic but if there was one sport I would have played, had I had the skills and coaching, it would have been baseball. Based on what I'm going to show here, I tend to believe it's in my genes.

Several members of my extended family are very good at baseball and a few even became professional players.

I'll start with my grandfather, Benedict Panther. I don't have a lot of detail but from what I understand, Grandpa Panther loved baseball and he was quite good at it too. I heard through family stories that he was recruited for the minor leagues of either the Chicago Cubs or Cleveland Indians but he declined. He was a farmer and needed to stay home. Here is a photo of him playing baseball with the family in front of the family home in Lee County, Iowa in 1946. Pictured is Ben on the left swinging the bat and his son Gene playing catcher. 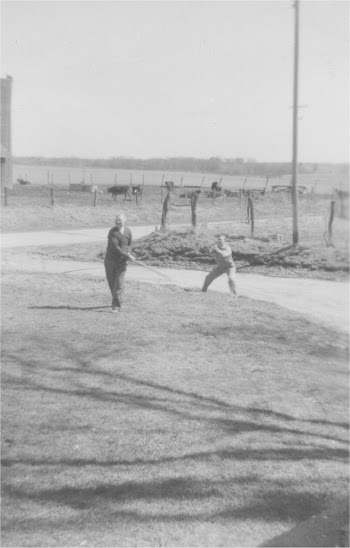 Next up is James Panther. Jim is the great-grandson of Ben Panther's first cousin. The most recent common ancestors for our lines are Moriz Panther and Elizabeth Birk. He is descended from Aloys Panther's brother Ferdinand. Jim played for the Oakland A's, Texas Rangers and Atlanta Braves. He was actually a backup pitcher for Darold Knowles on the Oakland A's during his record setting game listed below. Here is a photo of Jim Panther from his time playing for the A's. 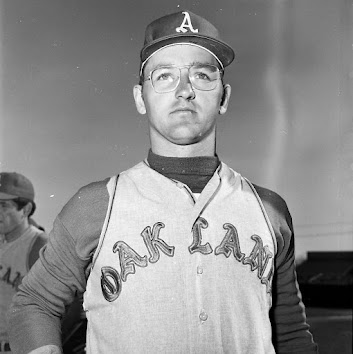 Next on deck is the son of my first cousin, Nathan Panther. Nathan played on the minor league team for the Cleveland Indians and also played for their major league team in 2002. Here is his Topp's rookie card. 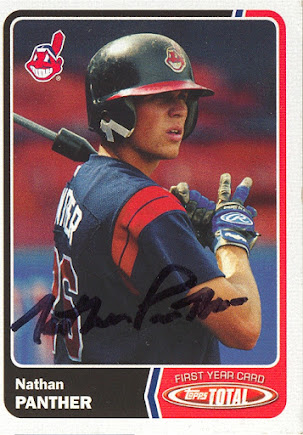 Batting cleanup is my fourth cousin, Darold Knowles. We share great-great-grandparents Benedict Bixenman and Crescentia Wolfegg. Darold was a superstar professional baseball player. He was a pitcher for eight professional teams between 1965 and 1980. He played for the Baltimore Orioles, Philadelphia Phillies, Washington Senators, Oakland A's, Chicago Cubs, Texas Rangers, Montreal Expos and St. Louis Cardinals. In 1971, Darold became the first MLB player to pitch all seven games of the World Series. This feat wasn't duplicated until Brandon Morrow did so in 2017. 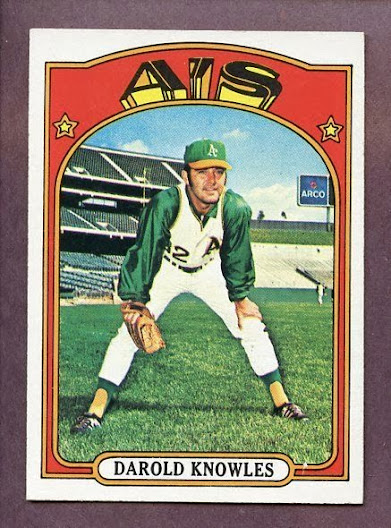 Take me out to the ballgame,
Take me out with the crowd
Buy me some peanuts and Cracker Jacks
I don't care if I never get back,

Let me root, root, root for the home team,
If they don't win it's a shame
'Cause it's one, two, three strikes your out
At the old ball game

It's a good thing this is only typed into my blog. You wouldn't want to hear me sing it!

Posted by Matthew Miller at 4:36 PM